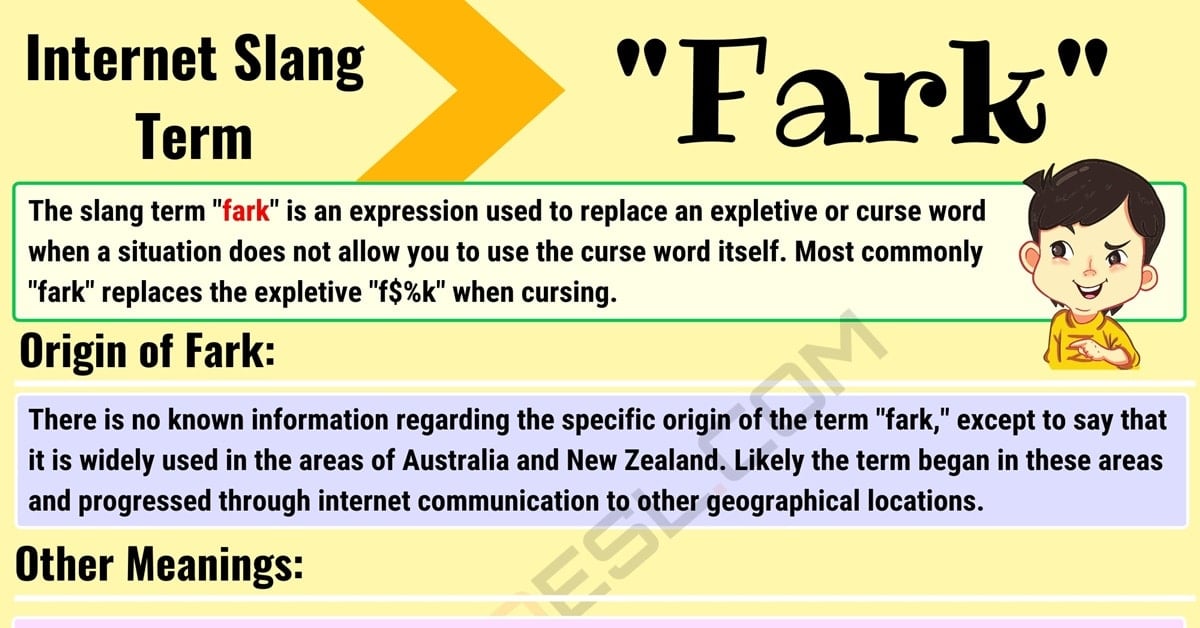 “Fark” is a form of internet slang and everyday conversational slang that you may have come in contact with. Although the word may sound strange and confusing, it’s not. Here you will find the meaning of this term and information about its origin if there is any available.

You will also find whether or not the word has other possible meanings and some example conversations to illustrate the proper usage of the term. Lastly, you will see some suggestions of words or phrases that you can substitute for “fark” that allow you to relate the same meaning.

What Does Fark Mean?

The slang term “fark” is an expression used to replace an expletive or curse word when a situation does not allow you to use the curse word itself. Most commonly “fark” replaces the expletive “f$%k” when cursing.

There is no known information regarding the specific origin of the term “fark,” except to say that it is widely used in the areas of Australia and New Zealand. Likely the term began in these areas and progressed through internet communication to other geographical locations.

The term “fark” has two other meanings rather than the one stated above. “Fark” is also a popular website on the internet that attempts to provide news by providing links to smaller pages from their main page. These smaller page servers are often so swamped with users that the pages never load or fail. The second meaning of the term “fark” is the act of sending such a high volume of requests to a server which in turn causes it to shut down or not operate correctly.

A text conversation between two friends after school.

There are many substitute words you can use instead of the term “fark” to convey the same meaning. Some of the alternate words you could use include: 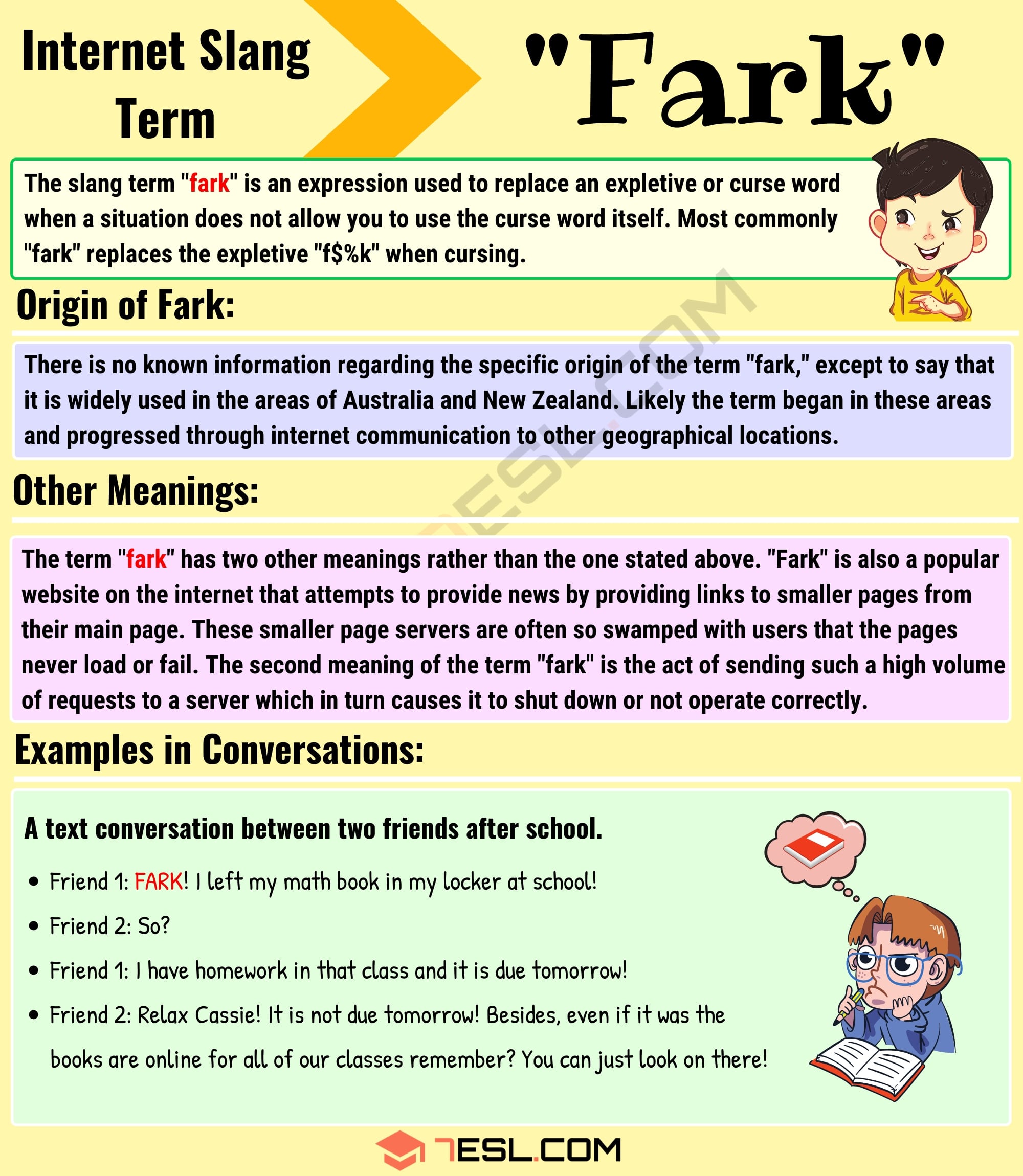